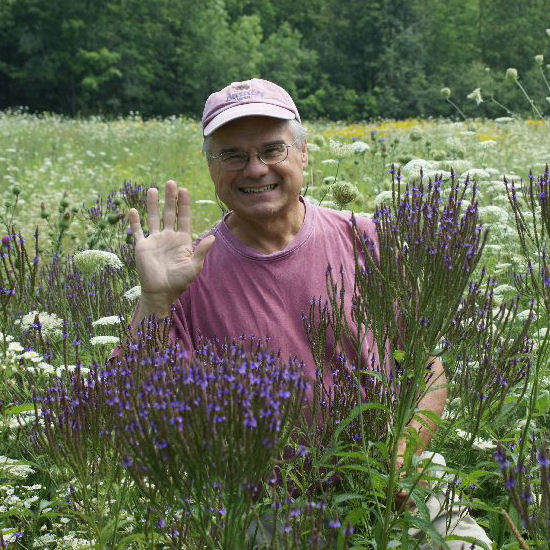 Considered one of America's foremost folk artists, Art Poulin painted timeless canvases of inviting landscapes that blend life's simplicities with Art's deep appreciation and knowledge of rural architecture. Art's unique focus resulted in gentle countryside scenes which embrace an allegiance to architectural accuracy, perspective and sophistication frequently lost in typical folk art. His love of art, music, and a gentler life drove his desire to pastoral paintings enjoyed by all generations and art collectors in the United States, Europe and Asia.

Art provided commissioned pieces to the US Army and Penguin Group publishing, and has had products selected by Universal Studios to appear on Fox Broadcast's House and offered as gifts in Paramount Picture's celebrity 'swag bags' for the Academy Awards. The strong following for Art's originals and limited editions is matched only by the growing demand for a broad spectrum of licensed products that include exclusive seasonal cards, calendars, puzzles, apparel, crafts, fabrics, and home and garden decor. His first book, co-written with his wife and author, Gail Fraser, is a hardcover entitled Finding Happiness in Simplicity published by Globe Pequot Press.

Born in Waterville, Maine, to French-Canadian parents, Art planned to join the order of the Brothers of Christian Instruction. However, music and art were a stronger calling. In 1975, he received an undergraduate degree in fine art and studio painting. Shortly thereafter, Art enlisted in the military and supported his country for 27 years of active duty as a tenor in the US Army chorus in Washington, DC, during which he had the honor to meet and sing for six presidents and their respective administrations, numerous world dignitaries, political leaders and entertainment personalities, regularly performing at the White House, Carnegie Hall and Radio City Music Hall, among other world-famous venues. Art was also a classical pianist, and performed at the Kennedy Center in Washington DC. Art passed away in 2018, but his legacy lives on in both his artwork and the hearts of those who loved him.

Since Art passed away, his portfolio and legacy has expanded through the talented remastering of his images under the brand AMPoulin. Please visit his new website.